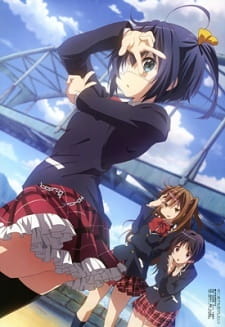 Although Yuuta Togashi and Rikka Takanashi have just started dating, they do not know how to progress their young relationship. Due to both of them being shy, neither of them are capable of making the first move. Rikka decides to ask her class representative Shinka Nibutani for some love advice, and she advises Rikka get closer to Yuuta during the Christmas season. Following the suggestion of Yuuta's friend, Makoto Isshiki, they hold a Christmas party at Sanae Dekomori’s place. During the party, Yuuta notices Rikka has gone missing and searches for her. When he finds Rikka, he notices that she is acting strange and quickly figures out that she and Sanae are both drunk! How will this Christmas party turn out for the budding couple? [Written by MAL Rewrite]